I’ve noticed that one of the most popular toys gifted to toddlers is the toy telephone. These are usually red, have a face, wheels, a dial with numbers, and make a cute little ringing sound as toddlers drag them around. Toddlers play with them incessantly, talking to imaginary people and dialling imaginary numbers.

So you see, we’re trained to speak on the telephone from the moment our impressionable minds can get our sweaty fists to clutch the receiver.

And of course (as is the norm with this blog) that’s where the problem starts.

If you start training a child to do something from the tender age of three, they’ll grow up to love it, or they’ll begin to despise it. From here itself, children are automatically drawn towards one of the two basic telephonic groups: the Mumblers or the Yappers. I will define these two groups using a simple example: Ask a Mumbler how his/ her day was, and they’ll reply, ‘Hmm.’ Ask a yapper the same question, and they’ll proceed to tell you every unwarranted detail about their life: starting from the moment their mother went into labour and ending with their predictions of what they plan on becoming in their next life.

It’s very hard to have a conversation with a Mumbler. Any question you ask will be answered by an indecipherable ‘Hmm’. That could mean anything from: ‘It’s so much fun talking to you’ to ‘I’d rather be give myself Chinese burns than have this conversation’. The closest a Mumbler will come to actually talking is monosyllables: ‘Yes’, ‘No’ and ‘Oh’. Having spoken to many Mumblers so far, I’ve learnt to understand what they mean by their tone.
I’ve compiled a list of the Mumbler’s characteristic ‘hmm’s’ and their meanings:

Hmm? (low pitched): Really? That’s surprising…
Hmm? (high pitched): Yes, what do you want now?
Hmm (short, with a simultaneous release of air from the nostrils): That’s funny.
Hmmmmm (with a variation in pitch): Yes, that’s exactly what I was thinking.
Hmmm (sighing simultaneously): I’m sick of talking to you; go fry yourself.

Mumblers do have entertainment value though. For a laugh, get two Mumblers to speak to each other on a telephone while on speakerphone. The conversation will go like this:
‘Hmm?’ ‘Hmmm…’ ‘Hmmm?’ ‘Hmm!’ ‘Hmmm (sigh)’.

On the other hand, speaking to Yappers can be deadly. If you’re not careful they might keep you so busy with their conversation that you’ll forget to eat, sleep and bathe. You’ll starve to death while your Yapper friend tells you about a new recipe they discovered on the internet. That would be too ironic for anyone to deliver a dignified eulogy.

Many of my mother’s friends are Yappers. Ordinarily, my mother is not a Yapper, but Yappers have a way of entrapping you in a web of words they so skilfully weave. Normally, I would leave her to her own devices, but sometimes I need her to do some important things, such as making me a sandwich. In such a case I can’t just tap her shoulder and ask her; that’s not enough to get her out of the web. I have to do an African voodoo dance and prance about hollering war cries until she notices that starvation is driving her child mad and gets up to make me my sandwich. The problem is that a Yapper is physically incapable of putting down the receiver. It’s glued to their palm permanently. For a Mumbler like me, talking to a Yapper is unbelievably difficult. Non-Mumblers can make some excuse to get off the telephone, but Mumblers cannot. The maximum they can do is emit an especially irritated, ‘Hmmmm!’ This does nothing to deter a Yapper. On the contrary they take this ‘Hmmmm’ to mean that you agree with what they are saying, and consequently are further encouraged to keep speaking. One way for a Mumbler to save himself/ herself is to just slam the phone down. The Yapper will then call back, but don’t pick up. The Yapper will call some other unsuspecting soul. The good thing about Yappers is that they can’t stay off the phone long enough to wonder why your call was disconnected. They simply move on.

If I had to choose one telephonic group I would choose the Mumblers, mainly because I am a Mumbler myself. Having said that, I will admit that Yappers have their advantages. What advantages? That’s simple. If there’s somebody you don’t like, just lock them in a room with a telephone with speed dial straight to a Yapper.

Follow SalAD, my blog about life at university. And sand.

BlogHer Voice of The Year 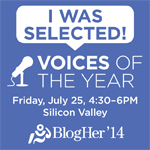